John E. “Jack” Pridgeon of Beulah, Wyoming, lost his battle with Alzheimer’s, the evening of March 5, 2021, at his home in Red Canyon surrounded by his family.

He lived in Newcastle, Sundance and finally in Upton, Wyoming. He graduated from Upton High School in the class of 1951.

He married Clarice B. (Thompson) Pridgeon, on August 11, 1949, in Buffalo, Wyoming. To this union six children were born.

Jack worked in the energy industry his entire life. While living in Upton he was employed by American Colloid, the M and M Station and Materi Drilling. In 1959, he moved to Moorcroft, Wyoming and began his career at Belle Fourche Pipeline. He worked for the True family for 42 years and retired as Pipeline Supervisor in 1999.

Shortly before retirement, Jack and his high school sweetheart Clarice built a house in Gillette, Wyoming. They lived in Clarice’s dream house for only three years when “the cabin” at Sand Creek was purchased.

Clarice gave up her dream home to satisfy Jack’s love of the Black Hills. They moved to the cabin in the spring of 2002.

Jack and Clarice took numerous family vacations with their children and grandchildren. Prior to and after his retirement, he and Clarice traveled to Hawaii, Alaska, St. Martins, Mexico, Honduras, Belize and to numerous locations in the lower 48 always traveling with family or friends.

Jack was an avid hunter and outdoorsman. Almost every weekend of his active life he would be found camping, hunting, hiking or fishing with his family. Many a summer was spent hiking in the Big Horn Mountains, camping at Sand Creek, or hunting in the Black Hills. Family was the nucleus of the Pridgeon household, Jack relished his children and grandchildren and his love of babies literally continued until his death. 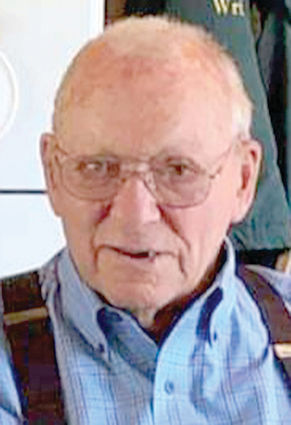 Jack was preceded in death by his parents; his brother, Jerry; his sister, Barbara; and two sons, Michael Dale and Clarence John. A memorial has been established benefitting the Crook County Senior Services. These wonderful people helped take care of Jack after his diagnosis.

Fidler-Isburg Funeral Chapel has been entrusted with arrangements. A memorial service has been planned for May 15, 2021, at the Presbyterian Church in Moorcroft at 11 a.m. Lunch will be served, and fellowship will follow the funeral in the Fellowship Hall of the Presbyterian Church. A graveside service will be conducted at 2:30 p.m. in Upton with refreshments to follow at the Upton Community Center.