William “Bill” Lee Willey, 78, of Coalville, Utah, formerly of Hulett, Wyoming and Belle Fourche, South Dakota, gained his heavenly wings at Intermountain Healthcare in Murray, Utah, on February 4, 2021, with his loving family holding his hands as he transitioned from this life and onto his next journey.

Bill was born in Belle Fourche on February 9, 1942, to Lee Everett and Lola Irene (McAmis) Willey.

In 1961 he began his career in heavy equipment working for LP Larson in Colony, Wyoming. In 1975 he ventured out on his own doing reclamation for the bentonite company, and then established a logging team working for Johnson Sawmill Homestake Mining and Neiman Inc.

In 1989 he left Wyoming for Winnemucca, Nevada, where he worked for 21 years for Santa Fe Pacific Gold and later Newmont Gold as a heavy equipment mechanic.

Bill never met a stranger and if he didn’t know you he would soon have you telling him your life story.

On July 28, 1962, he married his high school sweetheart, Barbara Ann Bunney in Belle Fourche. To this union three daughters were born, Rhonda, Kerri and Courtney.

Retiring from Newmont Gold in 2010 he returned to the family ranch on Blacktail Creek and called it home until the land sale in 2018 and then made Belle Fourche home again. In October 2019 he and Barbara found their “forever” home they loved in Coalville, Utah, close to family. He loved his granddaughters popping in to give him loves nearly every day.

He was a member and Past Master of Tower Lodge No 44 AFAM, Past Patron of Pine Cone Chapter No 41 of Hulett. 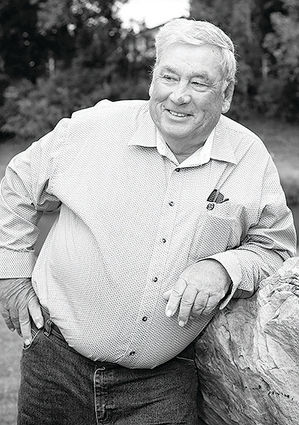 To those that love Bill a public funeral was held on Thursday, February 11, 2021 at the United Methodist Church in Belle Fourche with interment immediately following at the cemetery in Alva. The family requests those who wish to express sympathy to consider making a donation to the Alva Cemetery. His service may be watched on the funeral home’s website.