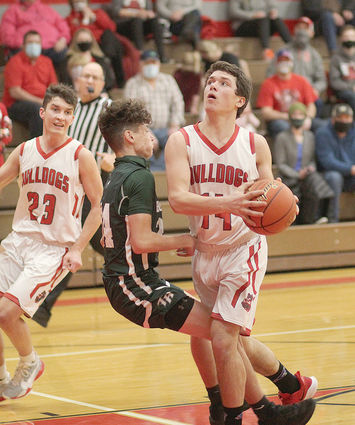 The Bulldog boys basketball team continued to add to the winning column this weekend, defeating two conference teams, the Moorcroft Wolves and Tongue River Eagles, as well as a non-conference team, the Lusk Tigers.

Thursday night brought the Moorcroft Wolves to Sundance in a game that started out neck and neck for the intra-county rivals. Both teams pushed the ball down the floor and were able to find their way to the basket, keeping the score close, 14-13 in favor of the Bulldogs after one quarter of play.

It was the second quarter, however, that belonged to the Bulldogs as they...