Wyoming, passed away at home on January 29, 2021, surrounded by her family. A memorial service will be held at the Bear Lodge Independent Baptist Church in Sundance on Thursday, February 4, 2021, at 11 a.m., with lunch to follow. All are welcome to attend.

Cynthia Lee Satterfield was born to Sidney and Kemm (Sack) Satterfield at Ellsworth Air Force Base, South Dakota, on October 1, 1953. Due to Sid’s military career, Cindy spent her childhood traveling throughout the country until the family moved to Spearfish, South Dakota, when she was a sophomore. There, she met and married her high school sweetheart, Kelly Corean.

Kelly enlisted in the Air Force shortly after the birth of their first child and a whole new military adventure began. After making numerous homes for themselves in every corner of the US, and even abroad, the couple retired to a small ranch just south of Sundance.

A life-long music lover, Cindy began playing piano at the age of four. She took quickly to the art, and was employed as a music teacher even before graduating high school.

She maintained the skill throughout her lifetime, teaching music, serving as pianist in various churches and for school functions, and fulfilling an endless stream of song requests from kids and grandkids over the years. Prior to her illness, she served as the pianist for her church, Bear Lodge IBC, in Sundance.

Anyone who knew Cindy knew she was also an avid crafter, and loved gifting her friends and family members with homemade items, from sweaters to quilts. Thanks to her skill, she was often called upon to provide costumes and décor for school and church productions. In her later years, she even turned her hobby into a small but thriving business, creating custom “Rover Wraps” for pet-lovers throughout the Black Hills.

Cindy’s most enduring legacy is her family. Raised to be hardworking and self-sufficient, she devoted her entire life to caring for her husband and children, often balancing various jobs in addition to raising her six children and supporting Kelly. 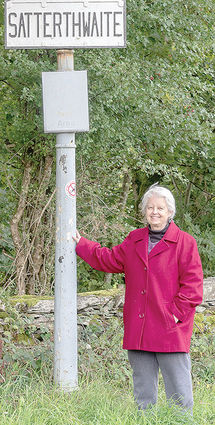 By her later years, she had mostly “retired” and spent her time providing care and homeschooling to her younger children and, later still, to several grandchildren. Short of her faith in God, Cindy loved her family more than anything and was a regular fixture at innumerable sporting events, concerts and plays. She and Kelly happily spent much of their time traveling to visit their many family members.

She is preceded in death by her parents, grandparents and one infant son.

Cindy was much loved and will be dearly missed.