He grew up roaming the countryside and fishing and hunting with his dad. He spent numerous hours at the horse barn learning to ride and caring for the horses. During the summer months, he worked for H.H. Forney, purebred Hereford cattle breeders south of Gordon, Nebraska.

He graduated from Chadron (Nebraska) Prep School in 1950 where he played on the state championship basketball team, played football and won a variety of track medals. He attended the University of Wyoming on a track scholarship and transferred to Chadron State College earning a Bachelor of Arts degree in 1954 and a Bachelor of Science degree in 1955.

On June 5, 1955, he married his college sweetheart, Jeanne Dohse, and they worked at Palmer Gulch Lodge near Hill City, South Dakota that summer where he was a wrangler, guiding trail rides for guests. That fall they moved to Quinn, South Dakota to teach in the high school. In 1957, the couple moved to Sundance, Wyoming, to teach; Wyatt spent the remainder of his career there.

Wyatt earned his Master of Arts degree from the University of Wyoming in 1962, having been awarded a stipend from the National Science Foundation to attend four summer terms. He was honored as Wyoming Science Teacher of the Year in 1983 and as the Wyoming Student Council Sponsor of the Year in 1988.

In 1964, Wyatts bought a ranch near Sundance and offered trail rides and camping for a number of years. He taught high school science for 32 years, and in May 1989 retired from teaching, put on his cowboy hat, and became a full-time rancher. He enjoyed raising registered Quarter horses and showing horses with his son TJ.

Wyatt was a member of the Sundance United Methodist Church where he served as a lay leader and also as a lay speaker. He served on the Sundance City Council, the Crook County Hospital Medical Services Board, University of Wyoming Alumni Board, and was a 4-H leader and a hospice volunteer.

He was a life-long Republican and served as county chairman, precinct committeeman, and delegate to state conventions. In 2001, he traveled to Lincoln, Nebraska where his Chadron Prep championship basketball team was inducted into the Nebraska School Sports Hall of Fame. 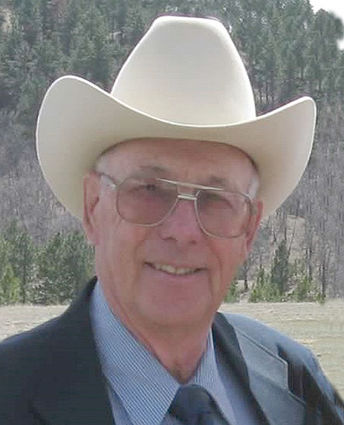 He was instrumental in the development of the Vore Buffalo Jump, serving as vice president of the Foundation until shortly before his death. He especially enjoyed interacting with students during field trips, and both students and teachers were enthralled with his knowledge of the history of the Native Americans who hunted the Plains.

His greatest joys and his survivors are his wife, Jeanne; his daughter, Jackie (Pete); son, TJ and grandsons, Zach and Nathan. He was preceded in death by his parents and his sisters, Ruth and Lois.

A memorial service will be held in late spring or early summer. Contributions may be made in his honor to the Sundance United Methodist Church or to the Vore Buffalo Jump Foundation.