A memorial service was held January 9, 2021, at Kirk Funeral Home. A burial of cremated remains will take place in the spring in Hillview Cemetery at Isabel, South Dakota.

The family moved around a bit during his younger years before settling down in Draper and Ft. Pierre, South Dakota, where he went to primary school. He graduated from Stanley County High School in 1971.

He then attended Mount Marty College in Yankton, South Dakota, where he was in the first class of men to attend the school. He graduated in 1975 with a degree in biology.

After graduation, he worked at the State Chem Lab in Vermillion. It was a year later he moved to Spearfish to help his mother and younger siblings.

He worked at the bentonite mines in Colony, Wyoming, for about a year and a half. Mike then was hired on at Amax Coal – Belle Ayre Mine in Gillette, Wyoming, in May of 1979 and moved to Moorcroft, Wyoming.

In the 35 years he worked for the company he worked at Belle Ayre and Eagle Butte Mines in many different capacities. He was always ready to help.

In 1984, he bought some land in New Haven, Wyoming, where he raised cows and hogs for many years, all the while working full time at the mine. His mother lived with him, helping him with the ranching. He was a very caring, loving brother and son and took care of his mother for many years in her retirement.

After his mother’s passing, he no longer ranched and he threw himself into his work at the mine. He was always generous with his time and talents, all you had to do was ask.

Mike was always doing or fixing something. He enjoyed taking long drives with whoever wanted to go with him. There were many philosophical and “trying to fix the world” discussions on those drives.

He was your best friend on the road as well. He always waved at the other cars and some of those people even waved back. It was because of his caring nature that everyone loved Mike. If you knew Mike, he was your friend, and would remember you.

At the time of his retirement, Mike discovered he had early onset Alzheimer’s as well as other health issues.

In 2015 he moved in with his sister, Holly and her husband Jeff in Piedmont, South Dakota and over the next two years worked on tying-up loose ends “up the hill.” It was with a heavy heart that he had to sell his home and transition to a permanent residence in Piedmont. 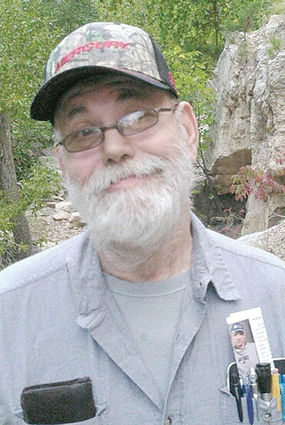 Mike spent time enjoying nature every chance he could. He still loved to go for drives even though they weren’t as prevalent. He enjoyed watching the wild life out the window. He would watch the birds at the feeders; count the deer in the yard; chuckle at the antics of the Alpaca, Spike, when he got out of his pen.

Mike is survived by his sister, April Mackey of Rock Hill, South Carolina; his brothers, Justin (Nancy) Mackey of Hillsboro, Oregon and Charles (Lori) Mackey of Yankton; his sister, Holly (Jeffrey) Roltgen of Piedmont; several nieces and nephews and one great-nephew.

He was preceded in death by his father, Walter Mackey and his mother, Margaret Mackey.

Arrangements are with Kirk Funeral Home of Rapid City. http://www.kirkfuneralhome.com