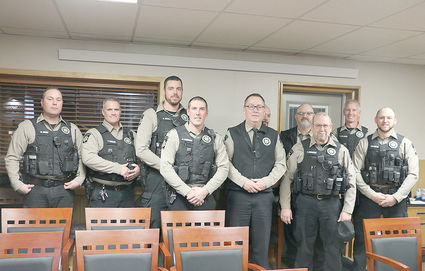 To mark the transition between the dissolution of the Sundance Police Department and the beginning of a contract with the Crook County Sheriff’s Office to provide law enforcement coverage for the city, Sheriff Jeff Hodge attended last week’s council meeting flanked by numerous members of his department.

The council announced in September that, with Police Chief Marty Noonan intending to retire at the end of the year, it was looking into the idea of entering into a contract for law enforcement rather than trying to maintain its own police department. The suggestion was made in response t...