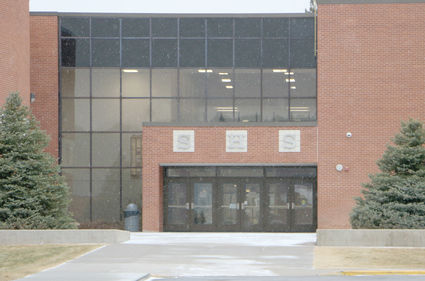 As the first semester of the year draws to a close, Crook County School District has fared better than many dared hope in its response to the COVID-19 pandemic. To date, none of the county’s schools have needed to close their doors due to an outbreak and the number of quarantined individuals has been relatively small.

“Right now, between staff and students, we’re running about 1500 people in the district and I think our total number of cases to date, going into Thanksgiving break, was 51,” says Superintendent Mark Broderson.

“Our numbers have been pretty good. We haven’t reached a high percentage at one time, it’s always a few.”

The fact that it’s usually individuals or small groups being quarantined at one time makes it manageable, he says.

“We’re doing distance learning for those students or staff until they can get back, and everyone has been able to cover their needs up till now,” he says. “Right now, we’ve got everybody back with the exception of just a couple of staff members.”

Since school went back into session, the district has been following a pre-defined plan to keep kids and adults alike as safe as possible from contracting the COVID-19 virus.

“We’re wearing masks and we’re trying to social distance people and we have partitions up between the students and are spreading out the best we can. We are taking measures and doing what we can,” he says.

“At each school, we have a registered nurse in there doing a phenomenal job of keeping track of things and working with families when somebody is quarantined.”

It hasn’t been easy, says Broderson, but everyone has played their part. He credits every members of the school family for contributing to the success.

“It’s extra work for everybody, it impacts everybody from the bus drivers and the cooks to the teachers, to the principals, to the students and families,” he says. “Everyone is doing a nice job of taking care of one another.”

The important thing, he says, is that the district has been able to meet its goal of avoiding another lockdown.

“It’s a challenge, but we’re keeping our doors open. It’s been our stance since we started that we’re going to be in-person and so far it’s working,” he says.

The situation in Crook County largely reflects what is being found at schools worldwide. Experts no longer believe that schools are the super-spreader sites they were feared to be.

“In Europe, they’re opening up their schools…New York, which has had their schools closed all year, is starting to open up for the same reason: they’re starting to find that schools are not the petri dish they were afraid they would be,” Broderson says.

“I can safely say that most of our staff and students who have been quarantined have been exposed outside of our building. Obviously there are some in there, but with the majority of students it’s been because their parents were exposed at work or something like that.”

Broderson hopes the holiday season will bring one extra gift this year.

“We’re hoping that we will get to Christmas break, have a two-week vacation and maybe we can get everybody patched up and get into January with a clean slate,” he smiles.