Sherry was born in Auburn, Washington. Her family returned to Sundance in 1959 where she grew up and graduated from Sundance High School in 1977.

After graduating, Sherry attended York Christian College where she earned her Associates Degree. She lived in York and worked at the college for several years before returning to Sundance.

Sherry continued her education, becoming a certified nursing assistant. She worked in nursing homes where she blessed many residents with her tender care and great sense of humor.

Sherry was greeted in heaven by her grandparents, Floyd and Florence Brunson and Chris and Caroline Steiger; uncles and aunts, Edsel and Elta Rogers, Charles and Shirley Cummings and Roger and Rita Brunson; and brother-in-law, Robert Sharp. 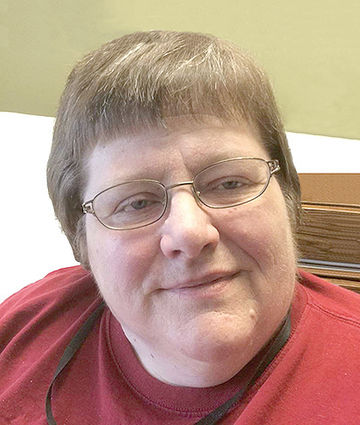 Anyone who spent time with Sherry knows that she had a big heart and a sweet spirit. Sherry was a special friend to all who knew her and will be missed by many.

A memorial service was held on Wednesday, November 25, 2020, at Fidler-Roberts & Isburg Funeral Chapel in Sundance. Inurnment will follow in Mount Moriah Cemetery at Sundance.