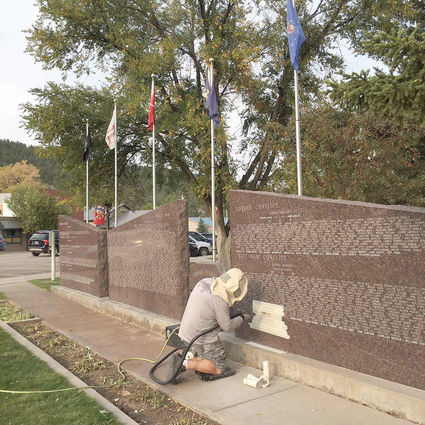 The name of George Kreber was added to the Crook County War Memorial this fall. George graduated from Sundance High School in 1969 and enlisted in the U.S. Navy in 1970.

After his discharge, George went to work as a welder at Ellsworth AFB, SD. He retired after 40 years and now lives in Piedmont, SD.

The original portion of the Crook County War Memorial was erected in 1945 to honor our World War II veterans. The decision to expand i...