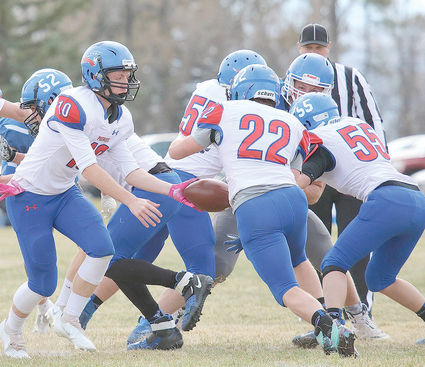 The Upton-Sundance Patriots postseason play came to a close this past weekend as they fell to the Lyman Eagles in the semifinal game. The Eagles came into the game with a 10-1 record overall and were the number #1 from the east. The Patriots were the #2 seed from the west and knew this would be a tough game.

The opening quarter went scoreless as both sides made gains, but were shut down just short of the yardage they needed. The second quarter put the Patriots in unfamiliar territory as the Eagles were the first on the scoreboard when Eagle quarterback Carter Smith made his way into the end...