At her request there will be no funeral service and cremation has taken place. A graveside gathering will be scheduled by the family sometime in the near future.

Pansy was born to Tony and Mary Francisco on the Francisco homestead ten miles north of Boyes, Montana, in Powder River County on March 14, 1928. She attended Hay Creek School, two miles from home, and then attended ninth grade at Broadus High School.

She boarded in town to attend high school. Pansy later completed her GED. She left home at 15 and went to Miles City, Montana, where she worked as a waitress for about a year and then moved with a friend to Rapid City, South Dakota, again to work as a waitress.

She met Max Pannetier in Rapid City and they were married in January of 1947. She worked as a bookkeeper and then as a night auditor at the Sheraton Alex Johnson Hotel.

Together, Pansy and Max had three children, they later divorced in 1970.

Over the years in Rapid City she worked at numerous businesses, including Knecht Lumber, Fairmont Creamery, McBee Accounting and at least one of the car dealerships doing bookkeeping. She also worked at Embers, Westwood, the Presidents Café and Dining and others.

In 1960, the family moved back to the original homestead north of Boyes, where the entire family was engaged in farming and ranching. Three years later, Pansy and children moved back to Rapid City.

In late. 1970 she made her way to Tucson, Arizona, where she resided for about one year. She also lived in Oklahoma, Billings, Montana and Gillette, Wyoming.

She became reacquainted with John Robison, with whom she had begun first grade with at Hay Creek School, both at the age of five. They were married in 1980.

They moved to Deming, New Mexico, where they lived for about 12 years and then moved to Buffalo, Wyoming, on to Ranchester and then Moorcroft for several years. In 2006 she relocated to Helena, Montana, near her son. In 2017, she moved to Sundance.

She was a creative seamstress and did many embroidery, cross stich, quilting and latch-hook projects. For many years Pansy had large gardens, canned many foods and made jams and jellies, many from wild picked berries. 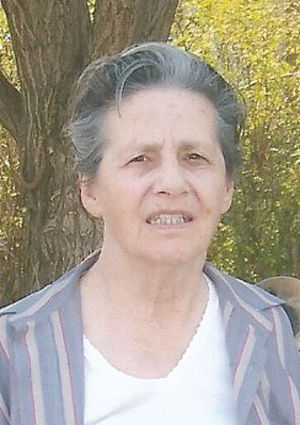 She was preceded in death by her parents, Tony and Mary Francisco; sister, Marian Howry Molko; her husband, John in 2003 and her first husband, Max in 2009. She will be inurned at her parents’ gravesite in Billings, Montana, at a later date.