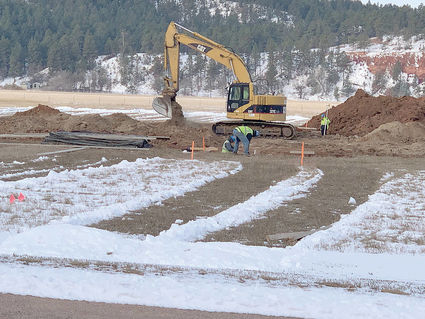 As work proper begins on the new Hulett Clinic, officials are looking to gather as many contributions to its cost as possible. Connie Lindmier of the Crook County Medical Services District Board of Trustees last week encouraged members of the community to consider donating.

The contract to build the new clinic was awarded in September to RCS of Rapid City for a total of $2.54 million. This, said Judy Hutchinson of the Crook County Hospital Foundation, was “less than what we had planned on in our original estimates”.

RCS has now begun work, said Lindmier at last week’s meeting of the b...