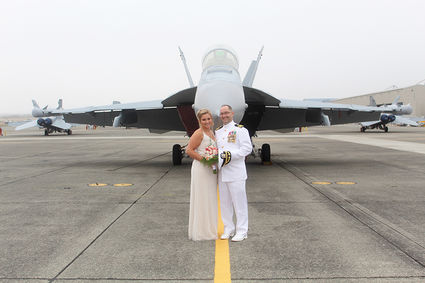 U. S. Navy Commander Dustin Engel and Amy Boyd were married on September 18, 2020, in Anacortes, Washington. Dustin is the son of Janet and Jack Lake of Sundance, Wyoming and Donald and Melissa Engel of Lewellen, Nebraska. Amy is the daughter of Jill and Sonny Rose of Redding, California and Larry and Trish James of Snohomish, Washington, and mother of Cedar Boyd of Bellingham, Washington.

Dustin is the commanding officer of electronic attack squadron 209 stationed at NAS Whidbey Island, Washington and Amy is the office manager at a dental office in Oak Harbor, Washington.