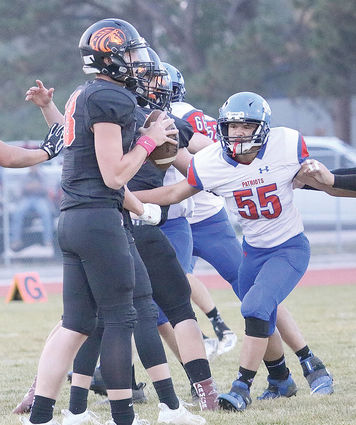 The third-ranked Upton-Sundance Patriots continued in their winning ways as they travelled to Burns this past week to face the Broncs. It was the Patriots who were on the board first as Brayden Bruce found the endzone on a 75-yard reception from quarterback Brad Krueger.