Verle was born December 20, 1935, in Belle Fourche to Alfred “Swede” and Edith (Johnstone) Pierce. He attended first grade at the Five Mile School, second through sixth grade in Alzada, Montana and then Belle Fourche High School.

Following his sophomore year, he was injured in a tractor accident, which prevented him from completing high school. Subsequently he became a ranch hand for Kent Hale.

In 1954, Verle began his own ranching business by leasing the Jackson ranch located west of Alzada. Since this ranch was adjacent to his parent’s ranch, they became working ranch partners. Verle purchased the ranch from Dick Jackson in 1960.

Verle married Bonnie Tomek December 11, 1955 and to this marriage three children, Jess, John and Lana, were born. When his parents retired, Verle leased their ranch to expand his livestock operation.

In 1977, Verle downsized, moved to Belle Fourche and began to use his earlier training as a caterpillar operator and a gaming dealer. In 1997, Verle retired and sold the ranch to his son John.

Along with being a pilot, Verle had several passions: woodworking, golfing, family genealogy, computer mapping and sharing stories of the past. 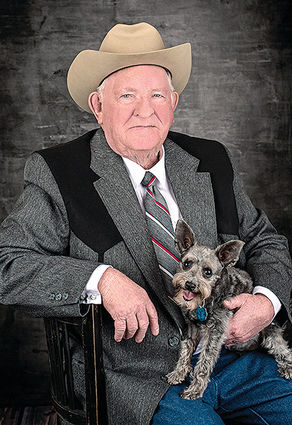 He was preceded in death by his parents, Alfred and Edith Pierce; daughter, Lana Pierce Bryan; grandson, Ryan Pierce and his wife, Bonnie Pierce.

Welcome to Heaven cowboy, your entry fees are paid.

A graveside service will be held Thursday, October 1 at 1 p.m. at Pine Slope Cemetery in Belle Fourche.

An online guest book is available at klinefuneralchapel.com.