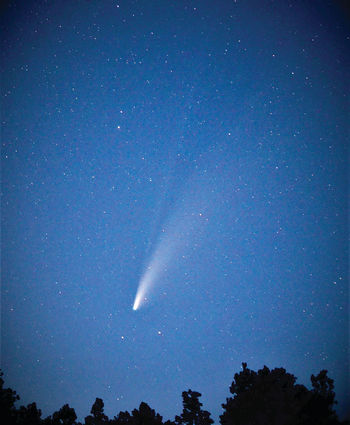 Only visible in the early hours of the morning until late last week, comet NEOWISE can currently be seen in the northwest skies about an hour after sunset, near the Big Dipper. The comet will make its closest pass to Earth on July 23 before disappearing again on its long orbit, not to be visible from this planet again for 6800 years. Its spectacular tail is made up of dust, rock and ice, activated by the Sun as the comet passed by. What makes this comet unusual is its secondary “ion tail” just to the left of the primary.