Shortly after his last woodfire pasture branding and the obligatory post-branding checks, Dean Bush left this world peacefully on a beautiful June morning with a cool breeze rustling through his bedroom, meadowlarks singing, and surrounded by his family.

He was born January 25, 1933 on a 30° below day at his grandparent’s home in Hulett, Wyoming, to Neil Storms Bush and Dick Bush. He lived his first year on the Roy Bush Ranch east of Hulett.

The next year, the family “starved out” and moved to town during a cold winter day. They did not have a good place to put Dean up front, so they put him in the bed cart with some baby lambs.

When they arrived in Hulett, Dean’s grandmother was there to meet them and was appalled when Dean’s mom told her where he was. When she raced back and frantically pulled back the tarp, Dean and the lambs were all snuggled together sleeping, with steam billowing off of them.

He lived in Hulett during his youth along with his brother Jimmy Dow. He roamed the dirt streets and alleys of early Hulett with his slingshot, and to the dismay of the local wags, graduated from the slingshot to his grandad’s pickup at the ripe age of ten.

By age 12 he was riding horseback along with his cousin Gary Bush, multiple times out to the Sheep Camp on South Fork. His parents couldn’t seem to keep him in school, and after watching the Battle of the Chosin Reservoir on the news, he was desperate to join up and go to Korea.

So, in his senior year he quit school (quitting school was never a later regret but missing out on his final basketball season always was), joined the Marines and took his basic training at Camp Pendleton. He was training to be a radio operator when the untimely death of his younger brother occurred. Dean then received an honorable discharge in April 1952.

He returned to Hulett and worked in his dad’s sawmill. On June 19, 1954, Dean and Tiny Proctor were married and moved to the Bush range land out in the Little Missouri country 30 miles northwest of Hulett, where he ranched the remainder of his life.

The first few years on the ranch were spent in an old homesteading cabin. There was no telephone, no electricity, no propane, no running water and they strained the “wigglers” out of the reservoir water to drink and cook with.

The tending and managing of the sheep herd that provided the bulk of his livelihood for decades, was the source of many memories. The wool from his herd had a reputation for being of premium quality.

He originated the Walking Circle brand but took the liberty of cutting off the legs for quite a few years before he had a real sheep branding iron. Using instead, the bottom of a mason jar dipped in blue paint. He cycled the dodge gate at the head of dusty sheep sorting alleys hundreds of thousands of times over the years.

Dean loved his horses, which he mostly had good ones, and his dogs, which some were good and some not so. Dean had extreme empathy with, and fell in love with animals, so much so that he could hardly stand the thought of selling any of them.

He had an incredible knowledge of history, and in particular, 20th century military history. He bordered on the edge of a savant in the remembering of dates of world events, birthdays, blizzards, droughts and more.

Macular degeneration in his later years robbed him of an extremely sharp set of eyes. He could pick out animals and objects from incredible distances, and he found hundreds of arrowheads/chips while horseback.

One of Dean’s favorite memories was Steer Tripping at the Cheyenne Frontier Days for a couple of years, one year just missing making it into the Short Go.

Dean was very civic minded serving on several county boards: Crook County Museum Board, Devils Tower History Board, Crook County School Board, Range Rider 4-H leader. He also was a charter member of the Horse Creek Roping Club, helping to put on many rodeos and was a member of the Hulett Roping Club holding different positions.

He was a Life Member of the American Legion Post 80 in Hulett. (And playing for the Sundance Legion baseball team in his youth was always a favorite recollection of his.)

Dean always enjoyed attending his children’s activities. He was a strong supporter, and everyone knew he was there at sporting events.

Dean was a caring and sharing man, especially with the less fortunate, and was always rooting for the underdog. He was believer and Christian in his actions, but not a churchgoer (he could not sit still in his earlier years and could not stay awake in the later ones). 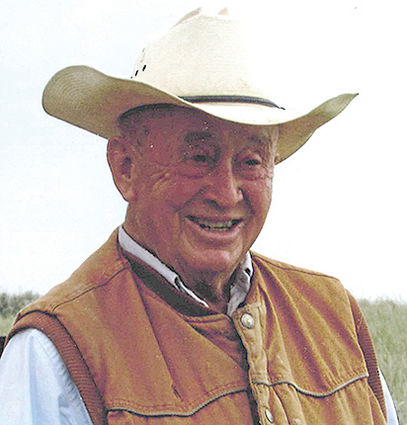 He will be missed greatly.

Unfortunately, due to COVID, the family (and Dean would agree) has decided not to have a public memorial service at this time. There will be a celebration of his life at a future date.

A memorial has been established in his name that will benefit local charities.