Donna G. Blackburn Carl slipped peacefully and gently into the presence of the Lord on Memorial Day, May 25, 2020, at her home in Williamstown, Kentucky.

Donna was born in Gillette, Wyoming, on December 27, 1923, the oldest of six children born to Claude (Todd) and Hazel Seeley. The family moved to Sundance, Wyoming, where Donna attended all 12 grades at Old Stoney and finished her education in Spearfish, South Dakota.

Times were difficult with the Depression and World War II, but family times were good. Donna remembered many days arriving at school only to return home to retrieve her runaway little brother and take him back to school.

Her twin sisters would also run away from her, splitting ways to make it more challenging to catch them both. As teens, Donna especially appreciated her brothers going with her to dances and other functions.

She was everyone’s big sister. At the age of eight she was standing on a stool washing dishes and they had a visitor, Richard Blackburn. He remembered wishing to himself that someday he could marry this plucky little helper.

Donna remembers the day at school when they announced the news of the Pearl Harbor attack. Many of the Senior boys stood up, left the room and went to enlist. Richard was already in the Navy at that time and stationed in Hawaii.

Donna grew up with an aspiration to find a doting husband who would take their children on picnics. Richard fulfilled this role wonderfully.

They were married on March 1, 1945, and a week later he went back to the service in Hawaii. While she waited for her sailor to return, Donna taught in a one-room schoolhouse in Moorcroft, Wyoming.

Richard returned home a licensed aircraft mechanic; they would move wherever Western Airlines sent them: Denver, Great Falls, Salt Lake City, Minneapolis and finally retiring in California. They had three daughters and went on many picnics, especially on the way to Sundance every summer where they loved to play with cousins and ride horses.

All three daughters married Navy veterans and became homemakers. In time, nine grandchildren joined the family, and twenty-five great grandchildren – with number twenty-six now due to arrive this year on Donna’s birthday. She was ecstatic to learn this news.

Donna’s role was that of a dedicated homemaker, keeping the house (which meant constantly remodeling and redecorating, and only selling the house once while Richard was at work), loving and feeding her family and those who the Lord brought into her life.

We estimated that in her lifetime she baked 15,000 dozen Cowboy Cookies and at least 10,000 dozen Buttermilk Biscuits, a recipes of her own crafting. The record held for the most biscuits eaten at one sitting was 17 by a cadet at a military academy.

She received a promise from the Lord that He would faithfully provide for her every day, and that encouraged her (along with gaining three precious grandchildren) to keep going strong. Donna remained a widow for 20 years and then met another kind World War II sailor, Chuck Carl and his children, Danny and Claudia.

They were married on June 28, 1994, and enjoyed extensive traveling, always trying to visit Sundance every summer. She was widowed again at age 91 and returned to Sundance, where Chuck wished to be buried.

Last year Donna made a move to Kentucky and lived with the Knight family in their home. She dearly loved them and the front porch where she spent all last summer. The day before her passing she was on the front porch talking to her daughters and her grandson, who was announcing the newest great grandchild.

Her life also had another focus, and that was prayer. Her family has seen this make a difference in their lives and in the world. 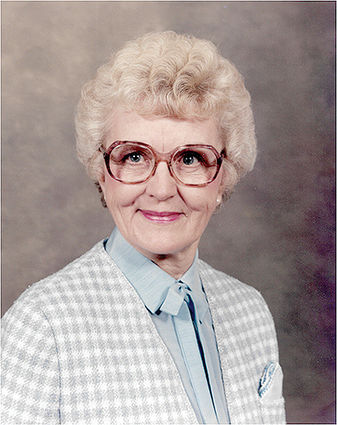 Donna was a precious treasure and will be greatly missed by her daughters, Wendy (Jerry) Blesener of Minnesota, Diana (Don) Larkin of North Carolina and Patti (Ken) Jensen of Kentucky; her grandchildren and great grandchildren; her sister Arlene Tenke; her brother Ted Seeley; and a gracious group of nephews and nieces with their children and many friends.

A Christian Service of Praise is to be held at the Chapel of Faith in Sundance on Saturday, June 13, 2020. The graveside service will immediately follow at the Green Mountain Cemetery, followed by a luncheon at the Chapel of Faith. Memorials may be sent to the Billy Graham Evangelistic Association.

Arrangements are under the care of Fidler-Roberts and Isburg Funeral Chapel of Sundance.