Rosemary Ann (Jones) Miller, a long-time resident of Plains, Montana, peacefully passed away on Monday, May 18, 2020, in Sundance, Wyoming.

Rosemary was born on July 12, 1938, to her parents, Robert and Mabel Jones. She grew up with her brothers and sisters in Junction City, Kansas.

In 1954, at the age of 16, she was hired by Bell Telephone Company as a telephone operator, beginning her 35-year career with the company.

Rosemary married the love of her life, Bobbie D. Miller Sr., on November 8, 1956, the same year of Bobbie’s Honorable Discharge from the U.S. Army after serving in the Korean War. In the following years, their family grew with the births of their three children, Bobbie Jr., Victoria and Juanita.

Bobbie Sr. and Rosemary purchased a local Sinclair Gas and Auto Repair Station and started a local car club in which Bobbie built stock cars that he and Rosemary drove in local car races alongside drivers who went on to professionally race in NASCAR.

Rosemary dedicated her life to raising her three children and instilled in them a sense of self-worth and strong work ethic. One of her greatest joys in life were taking her young children on yearly vacations and visiting places across the country such as Colorado, California, Kentucky, Nevada and Florida.

In 1971, Rosemary became a widowed, single mother of three. Shortly after, she began serving in the American Federation of Labor and Congress of Industrial Organizations supporting labor and civil rights, and in 1975, she took on a second job with Rockwell International making computer boards, contributing to the innovation of computer technology.

She joined the Church of Jesus Christ of Latter-day Saints in 1975, the same year she dedicated herself to living a substance-free life. She served as a sponsor for the Alcoholics Anonymous organization and helped hundreds of individuals become sober, productive members of society.

Helping others was second nature to Rosemary, and after the untimely death of her son due to a heart attack in 1999, she raised two of his five children, Lyann and Josh Miller. She poured her life and soul into her family and acted in kindness, never with judgement. 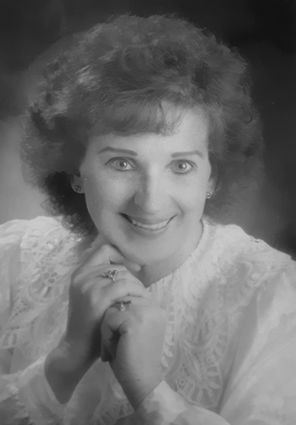 A celebration-of-life service will be held as the novel coronavirus allows. In place of flowers, memorial donations may be made to the Epilepsy Foundation (www.epilepsy.com), JDRF, formally known as the Juvenile Diabetes Research Foundation (www.jdrf.org) or the American Foundation for Suicide Prevention (www.afsp.org).