Rita Ann “Andy” McKenney Pickerd went home to the Lord on May 28, 2020, after a long courageous battle with cancer and heart problems.

Rita was born March 9, 1943 and was raised in the Aladdin area and graduated from Sundance High School in 1961. Rita was a member of the Order of the Eastern Star Pine Cone Chapter 41 for over 50 years, where she held the Worthy Grand Matron Office several times. Rita was also an active 4-H leader for many years.

Rita attended Black Hills State College and obtained a teaching degree after her youngest son graduated from high school. She taught for three years in Ridge, Montana, then taught Special Education in the Sundance and Bear Lodge High schools.

Rita married Albert Pickerd in 1989 and the couple ran Pickerds Greenhouse through 2019. Rita loved gardening and flowers, was an amazing seamstress and baker and loved making people happy. She had a “never give up” attitude, which was evident as a widowed mother of three and fighting cancer for more than 20 years. 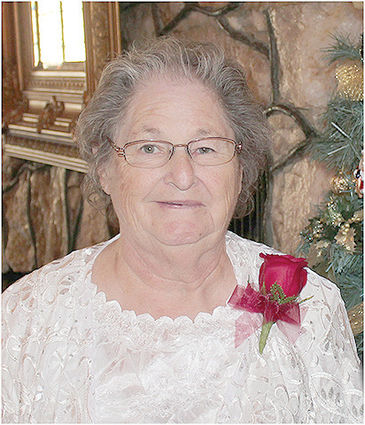 A memorial has been established to the Eastern Star Pine Cone Chapter #41 Service Dog Fund.

Due to the COVID-19 pandemic, private services were held with burial at Black Hills National Cemetery.