JoAnn was born July 9, 1942, to Jessie (Stafford) and Leonard Medlock in Haigler, Nebraska. Her mom married the man she called Dad (Charles Pettit) in August 1946. She was raised in the Parker, Colorado, area graduating from Castle Rock High School in 1961.

JoAnn married Denis Klocker on September 9, 1961, in Denver, Colorado. JoAnn and Denis spent time working on registered Angus ranches in Colorado, Montana and Wyoming including the 76 Angus Ranch at Aladdin, Wyoming, for 16 years.

While living in Aladdin, JoAnn was an active member in the Aladdin Homemaker Club and the American Angus Association. JoAnn and Denis became known for raising quality registered Angus bulls and offering them for sale every spring at the ranch.

Denis passed unexpectedly in November of 1992 after just recently becoming the proud owners of their small spread near Torrington, Wyoming. JoAnn met Charles Leaf, whose wife had passed away recently, after answering a personal ad in the Fence Post magazine.

They were subsequently married in May 1995. They raised Angus cattle for many years and have enjoyed semi-retirement.

Most recently, they have enjoyed spending countless hours visiting with their many friends and neighbors. JoAnn worked tirelessly as a dedicated ranch hand, devoted and caring, wife, mother and grandmother.

JoAnn was an avid scrapbooker, putting in uncounted hours completing many picture albums for her children and grandchildren. She trawled all of her family’s Facebook pages and “stole” many photos from her family members, then would take her phone to Walgreen’s to print pictures for her albums.

JoAnn took much pride in being outside and keeping her yard beautiful. She also enjoyed watching the many birds that gathered to benefit from her handiwork. 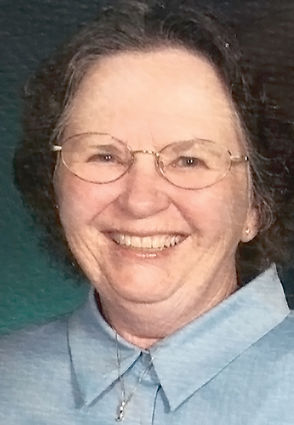 She is also survived by 13 grandchildren, 18 greatgrandchildren, numerous nieces, nephews and many friends, including special friend and caretaker Juanita.

She was preceded in death by her parents, aunts and uncles, first husband Denis, sister-in-law Judy Pettit and many beloved canine companions over the years.

Cremation has taken place and a memorial service will be planned for a later date.