Sharon Mae (Miller) Kanode, 81 of Moorcroft, Wyoming, passed away after a long illness on April 22, 2020, at the ranch, surrounded by her husband and children.

Sharon was born on September 16, 1938, to Aubry Raymond Miller and Velda Bernice (Penn) Miller in Lusk, Wyoming, being delivered by Dr. Reckling. She joined her siblings, George, Ora Lee and Orese and the family was later completed when Patrick was born. She grew up in the Lance Creek area and graduated from Lusk High school in 1956.

After her divorce in 1968, Sharon became a real estate agent in Casper, Wyoming. In 1972, she would move to Cheyenne and open a Real Estate office there.

Sharon met the love of her life during her work as a real estate agent. Sharon and Jerry Frank Kanode married on March 15, 1973 and the two were married for the next 47 years. To this union a set of twins were born, Jordon Jerry Kanode and Joey Jay Kanode.

Sharon sold real estate in Moorcroft until she was able to fulfill her lifelong dream of becoming a nurse in 1987. She became an LPN first, then when a RN program started in Gillette, she went back to college, and became an RN.

Sharon’s Home Health and Treasured Memory Hospice would become Sharon’s true passion. She had a strong love for home health care and hospice.

Her passion was to provide quality health care in a patient’s home. Her home office in Moorcroft expanded to include the counties of Crook, Campbell and Weston. Sharon also opened a second office in Casper.

Sharon took great pride in the care she provided and would often provide care for free or at a reduced rate for people unable to pay. Sharon loved to give back to her community and was a strong advocate for both senior citizens and youth of the area. Sharon retired in 2013 at the age of 75.

Besides having a deep passion for health care, Sharon also loved her Boston Terrier dogs and her chickens. Sharon loved her grandchildren and they all held a special place in her heart. She would often offer to go to school and talk to the teachers if they were giving them any problems. 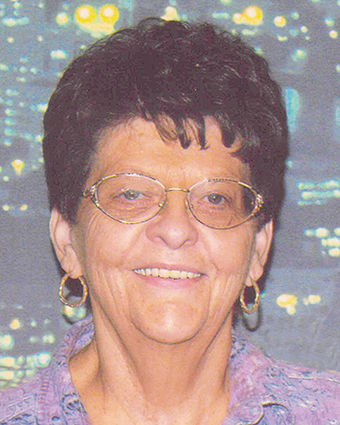 Sharon is survived by her husband of 47 years, Jerry; her children, Jeff and Marcy Lamb and their children, Kaitlyn, Jamus and Chance Lamb of Cardwell, Montana, Shana Lamb of Casper, Thayne and Shone (Lamb) Gray of Moorcroft, their children, Tyler and Brianna Gray (children Cimarron, Jericho and Whittaker Gray of Payette Idaho, Aubry (Gray) and Jerett Turnbough, Moorcroft, Trevor and Danielle Gray (their daughter, Brinley) Gillette, Wyoming and Tanyon and Emma Gray, (their son, Ira) of Sundance, Wyoming, Jordon and Tiffany Kanode of Gillette and Joey and Janet Kanode of Moorcroft and their children, Walt Rehbein of Ennis, Montana and Austin Rehbein of Cheyenne Wyoming; sisters-in-law, Beverly Miller of Lance Creek, Betty Kanode of Moorcroft, Blanch and Nick Conom of Hudson, Wisconsin and Claudette and Terry Wham of Billings, Montana; brother-in-law, Floyd and Janet Kanode of Sundance; and numerous nieces and nephews.

Funeral services were Monday, April 27, 2020 at the First Presbyterian Church in Moorcroft. The service was also on Facebook live so people were able attend while being at home and social distancing. In lieu of flowers, a memorial has been established to LOGOS program of Moorcroft.