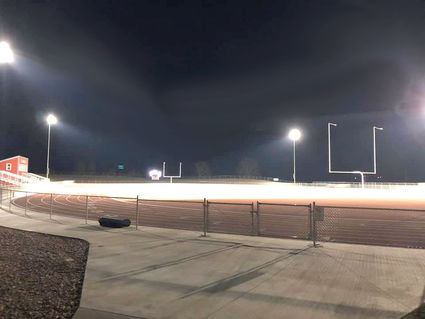 On Monday morning, Wyoming became the last state in the nation to report its first death associated with the novel coronavirus known as COVID-19. The Wyoming Department of Health (WDH) announced that a patient in Johnson County who had health conditions that put him at higher risk of severe illness and complications had passed away.

“This is a sad development we hoped we wouldn’t see in Wyoming and we want this person’s family to know they have our sympathy,” said Dr. Alexia Harrist, state health officer.

“The advice we’ve been offering and actions we’ve taken ultimately come down to preventing as many serious illnesses and deaths connected to this disease as we can.”

The announcement came as Wyoming’s official count reached 282, with 101 “probable cases”. This new metric was added to WDH statistics last week to account for patients who are showing the symptoms of COVID-19 and have had close contact with a known case, but have not been tested themselves.

“There will be more cases that cannot be counted as either confirmed or probable,” said Harrist at a press conference last week. While the state’s public health laboratory is still restricting its tests to essential personnel and serious cases, WDH is asking that other tests are sent to private labs, she said.

“I am saddened to learn that we have lost our first Wyoming citizen to COVID-19,” said Governor Mark Gordon in a statement about the first recorded death. “This one was close to home and sadly serves as a grim reminder of the importance of following public health orders and guidance so we can reduce the number of serious illnesses and deaths in our state.”

At time of going to press, Crook County had reported three official cases. The first was identified on April 4 and the two additional cases were identified four days later. On Tuesday afternoon, however, it was announced that all three cases had been deemed to have recovered.

Harrist reiterated last week that the Centers for Disease Control are now recommending cloth face coverings in public settings where social distancing is difficult to maintain, like grocery stores. Medical masks should be reserved for healthcare providers.

“Wearing a face covering is not a substitute for social distancing,” she added.

On Friday, the governor announced that he had joined a call with Dr. Anthony Fauci of the White House Coronavirus Task Force to discuss the potential for antibody testing and the need for Wyoming to have access to additional diagnostic testing materials. Gordon later shared that Dr. Fauci had complimented Wyoming on the actions taken to slow the spread.

During the White House’s daily briefing that day, Dr. Fauci is reported to have said, “I spoke with the Governors of Arkansas and Wyoming, who are really committed to make sure that they don’t get into the situation where they’re going to have spikes in their states. ...I just want to give a shoutout to them, they are doing an extraordinary job. To hear what they’re doing and the commitment that they are putting into making sure that they don’t have the situations we have in other areas, that’s very important.”

At a press conference last week, Gordon reminded citizens that, while Wyoming’s numbers may not sound high compared to other places, “The coronavirus is a very serious threat to all of us and how we address it is incredibly important.”

The governor confirmed that 3900 sample collection kits had been delivered across the state to support statewide testing, although reagent shortages at the state’s public health laboratory were ongoing.

Robin Cooley, Director of the Wyoming Department of Workforce Services, announced last week that the unemployment claims unit is handling an increased load.

“The numbers are up dramatically in our claims department. Threefold and sometimes eightfold,” she said. To address the fact that some new claims are from people who have never made a claim before, the department has redeployed employees and hired temporary staff and is implementing additional phone lines.

“We know how difficult and frustrating it is for you out there, but please be patient,” said Cooley, stating that her department is working to find solutions for the delays.

Cooley also announced that several programs are in the process of being implemented, such as the pandemic unemployment assistance program to provide unemployment for those who are not normally eligible (such as contract workers and the self-employed) and the Pandemic Emergency Unemployment Compensation program created by the federal CARES Act.

“It’s going to take time for us to implement these programs. They’re very complex programs…so we’re asking for your patience as we try to make this happen as quickly as possible,” she said.

Josh Dorrell, CEO of the Wyoming Business Council, meanwhile acknowledged that the state’s businesses have been hit hard and his department is working to provide as much support as possible, not just in emergent terms but mid-term and long-term so that Wyoming is “ready for that recovery”.

Many of the mechanics of programs created by the CARES Act are not yet known, he said, but we do know those of the Economic Injury Disaster Loans and Payroll Protection Program, both of which have already been greatly taken advantage of in Wyoming.

In terms of recovery, he said, “It’s not going to be just like a light switch, so we’re putting together plans right now so that businesses can effectively recover”.

Local efforts to support those in need during the outbreak include the Mobile Food Pantry, which is supported by the Wyoming Food Bank of the Rockies and Moorcroft Interfaith Community (MIC). These monthly mobile pantries will be located at Moorcroft Town Center; this month, assistance will be available from 11 a.m. to 2 p.m. on April 16. 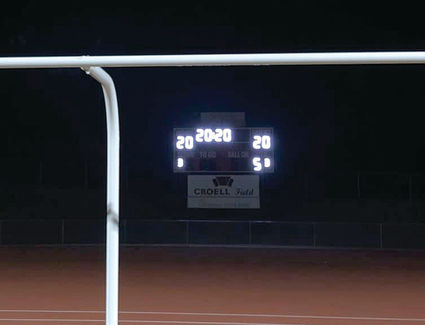 The Sundance Chamber of Commerce has so far purchased 200 gift certificates from local businesses impacted by the outbreak, which have in turn been donated back to local medical and essential personnel as well as individuals who are out of work due to layoffs during the pandemics.

The fundraising drive is ongoing and donations can be dropped off at Sundance State Bank or donated online at http://www.paypal.me/sundancechamber.