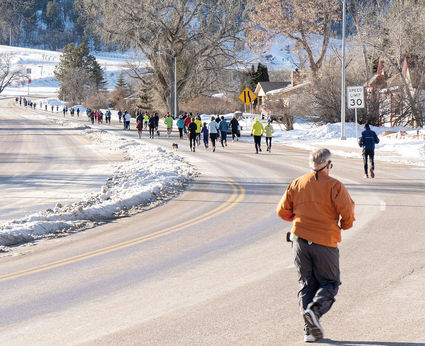 The snow and wind held out until later in the day on Sunday, no doubt to the relief of the group of runners who braved the early morning chill to take part in Freeze Your Fanny. An estimated 225 fanny-freezers took part for the 30th anniversary of the popular event.

This year’s overall winner was Jeremy Elsom, with Christ Riley coming in second and Josh Speidel in third. Prizes were given out for the oldest and youngest participants, who were announced to be Norma Peterson and Evi Jagow, while best costume was awarded to a group of runners dressed as sled dogs, under the name “Iditafree...