On March 25, 1949, John Thomas Rice was born in Catskill, New York, to Alfred Rice and Catherine Cary-Rice. He lived a full, adventurous life.

After joining the United States Air Force, he was stationed at Ellsworth Air Force Base where he met and married Susan Ruth Rowe in 1970. From this union came four children: Stephanie Marie, Alfred Merit, Amanda Cary and Gabriel Lucas, who was stillborn.

John enjoyed flying and kept his pilot’s license active after he became a civilian again. After working on a ranch near Buffalo Gap, South Dakota, John went on to attend and graduate from Valley Forge Christian College (now University of Valley Forge) in Phoenixville, Pennsylvania.

This bold move was part of fulfilling God’s call on his life to become a pastor in the Assemblies of God. Churches where John served as Pastor include: Rosholt, South Dakota, Miller, South Dakota, Burton, Nebraska and Rock Springs, Wyoming.

While at the Miller church, John worked on Moeller’s dairy farm. Between the Burton and Rock Springs churches, John did ranching work for Jim Ferguson near Springview, Nebraska; and working with livestock was always something he loved (especially his mules, Dolly and Polly). John rode his mules frequently and enjoyed driving the team in parades and giving people hay rides.

John and Susan moved from Rock Springs to Aladdin, Wyoming in 1998, in order to care for Susan’s great aunt, Margaret (Peggy) Nelson who was a widow at that time. John worked in various capacities at the Crook County Jail in Sundance, Wyoming; and moved to Rainsville, New Mexico, in conjunction with John and Susan getting divorced in 2015. John resided in Rainsville until illness caused him to move to South Dakota to be close to family.

His love for people was great. He almost never missed an opportunity to help people who were down on their luck. He would pray for people continuously and taught his family how to pray, be faithful, and live life fully.

His smile was the mischievous kind, making you wonder what kind of shenanigans were involved! He loved to sing and to hear the family make music. He left an empty space in all who loved him. 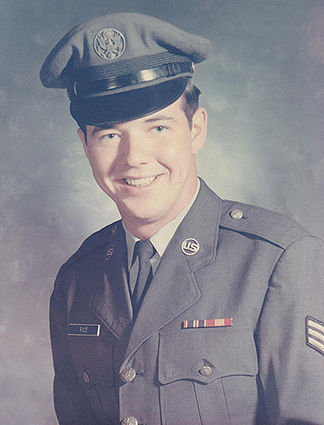 On January 20, 2020, after a nine-week fight with cancer, at 70 years of age at the Hospice House in Rapid City, South Dakota, he went to be with Jesus. As he stands in heaven today, he holds Gabriel and is surrounded by all he loved who preceded him in death.

A memorial service will be scheduled at a later time. Please consider making a charitable contribution to the American Cancer Society in John’s honor in lieu of flowers or other memorial gifts.