Joshua “Josh” Michael Copus, scientific explorer, died unexpectedly on November 13, 2019, while exploring deep reefs off of Mborokua Island in the Solomon Sea. He was 39.

Raised for most of his younger years in Hulett, Wyoming, Josh later returned to Arizona where he graduated from Moon Valley High School.

Having no prior experience with the ocean, Josh had a life-changing experience while taking a scientific diving class in Tahiti during his undergraduate degree. Here he developed a fascination with both scuba diving and coral reef fishes.

The first in his family to attend college, Josh earned a Bachelor’s degree (2008) and Master’s degree (2011) in Biology from Northern Arizona University. Both his undergraduate and master’s projects focused on butterflyfish with a growing interest in population genetics. In 2011, Josh started working on his doctorate degree in the Zoology department at the University of Hawai’i at Manoa with a focus on deep-reef fish.

He was three months away from defending his dissertation: Phylogeography and Evolution of Deep-Reef Fishes in the Pacific Ocean. Based on his prolific record of scientific publications, Josh will posthumously receive his Ph.D. in Zoology from the University of Hawai’i at Manoa.

Josh’s scientific legacy lives on in many ways. He authored 21 (and counting) scientific publications. He described three new fish species and made many additional discoveries that will continue to be published posthumously.

Josh dove to places that no person had ever seen, and discovered species no one knew existed. Over 100 scientists, to date, have used his publications.

His valuable insights and contributions to marine biology will continue to influence scientific research and exploration for decades to come. In that light, he has taken his rightful place alongside the giants of science whom he admired.

Josh married his wife, Cassie Ka‘apu-Lyons, on March 19, 2011. In their time together, Cassie knew him not only as an amazing scientist, but first and foremost he was her best friend, her soul mate, her avid supporter and her biggest fan.

Josh was also a dedicated, loving father. He was the perfect punching bag, favorite chair and epic superhero to his son Isaac, and he was proudly awaiting the arrival of their unborn child. 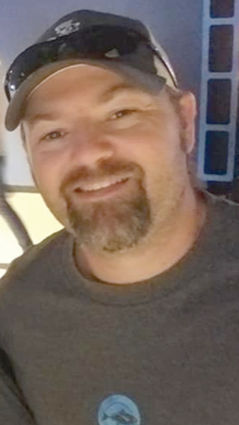 He is preceded in death by his infant brother, Cory Copus; father, Michael Copus and grandparents, Lillian and W.B. (Tom) Thomas.

Josh touched many lives in his 39 years, leaving those lives and this world in a better place. Through these impacts his presence will continue to live on.

A Celebration of Life is being planned for the early spring (2020) in Arizona.