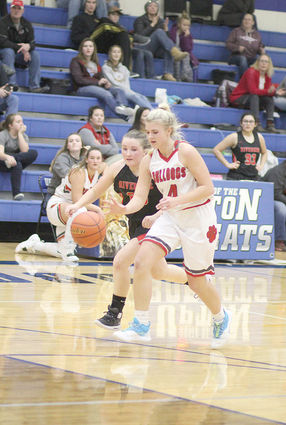 The Sundance Lady Bulldogs opened their season at the Upton Invitational this past weekend. In the opening round of play, the Bulldogs played the Riverside Rebels.

It was a slow start for both the Rebels and the Bulldogs. As the first quarter of play wound down, the Bulldogs found themselves holding on to a 10-7 lead.