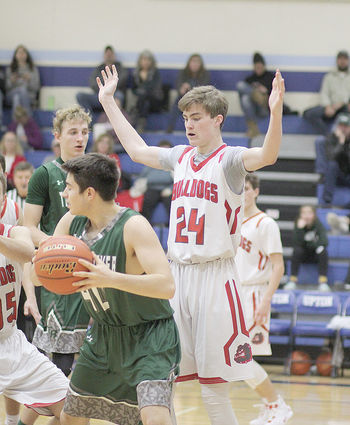 The Sundance boys’ basketball team kicked off their 2019-2020 season at the Upton Invitational. The opening round put the Bulldogs against the Panthers of Arvada-Clearmont.

The Bulldogs jumped out to a quick lead and didn’t let up. Kye Taylor led the Bulldogs in scoring with 12 points followed closely by Jayden Davis who contributed 11 points in the 56-38 Sundance victory.

With a win in game one, the Bulldogs moved on to face the Tongue River Eagles for game two of the Invitational. Building on their momentum from game one, Sundance was off and running with a 44-16 lead at the half.