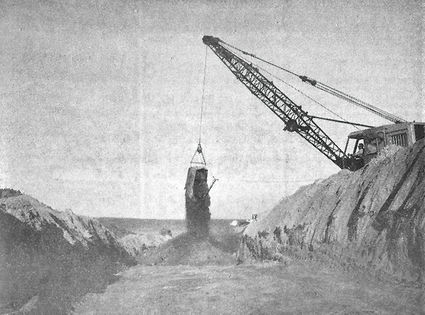 Nazaire LaFlamme in Sundance this week stated that interest in oil propositions is very apparent and on the increase in the county north of Aladdin according to reports. Oil has been known to exist on his ranch near Oak Creek since the ingress of the first white people, but no effort to speak of in the way of drilling has ever been made to determined the amount or exact location. Mr. LaFlamme now, however, has two propositions to lease or otherwise dispose of the ground and it is not unlikely that active operations will be in progress at no far distant date.

The state highway commission surveying party, which had been working in this vicinity the past few weeks, completed their work for this year and left for Cheyenne, says the Moorcroft Democrat. The state highway was surveyed from Moorcroft to a point about ten miles out, where it connects with the old Hulett road. P.W. Warren, the engineer in charge of the work, informed us that the survey runs from Moorcroft to George Briggs’ ranch, practically paralleling the present road thence north to the river, crossing it near Sam Price’s house, where the bridge will be placed. Mr. Warren said that they had located a fine bridge site at this place.

There has been some talk of a special session of the Wyoming legislature to be of a possible double purpose – the ratification of the woman suffrage amendment and the enactment of laws threatened to be necessary on account of developed industrial affairs, but it now appears unlikely that the special session will be called. 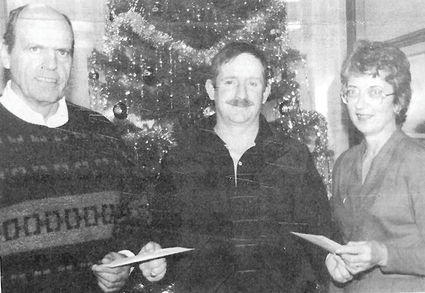 Paul John McKean of Moorcroft is the first to-be-envied owner of the “jeep” – the post-war ambition of so many ranch boys and others – in this vicinity. A number of these were made available recently and Paul John secured his last week in Deadwood. He will use it on his ranch near Moorcroft.

Almost $60 was contributed to the bus fund of the Sundance band at its first benefit concert given here Thursday evening. Though attendance was fairly small those attending gave generously and the boys and girls wish to thank them for the contributions. The bus fund, which was started by the $200 earned by the band itself for playing the Rapid City rodeo, has the approval of the county high school board and will be administered by it. It is estimated that about $1000 will be needed to make the purchase which will also be done through the school board.