Keith was born January 6, 1927, in Fruitdale, South Dakota, to Francis James and Viola I. (Michelson) McDonald. He graduated from Belle Fourche High School.

He entered the Army May 2, 1945, and served in Japan with Company B, 3rd Combat Engineers, 21 Regiment Combat Team, 24th Infantry Division. He sailed on the SS Marine Swallow and was honorably discharged in 1946.

He returned to Belle Fourche and drove fuel truck for his father and also worked at McDonald Implement. In 1948, he attended Black Hills Teachers College for one year in Spearfish, South Dakota.

He was united in marriage to Velma E. Wilhelm on February 12, 1950 in Rapid City. The couple moved to the ranch at Aladdin to begin his life-long passion of ranching.

Keith and Velma loved to travel. They were able to visit several countries and most of the United States throughout their married life. He enjoyed Elk hunting with his sons and son-in-law and numerous friends. He also enjoyed sharing his swimming pool at the ranch with neighbors and other friends. 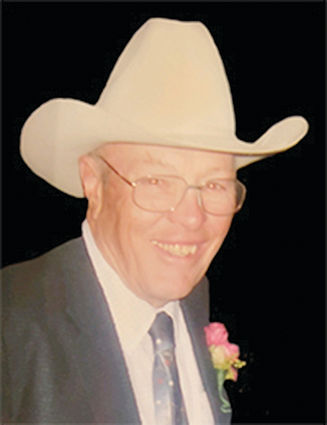 Keith was able to live on the ranch that he so loved until his passing.

He was preceded in death by his parents, Francis and Viola; his brother, Roger McDonald and his wife, Velma.

The family suggests memorials to the Diabetes Nebraska Research. An online guest book and video tribute is available at klinefuneralchapel.com