Helen “Janet” Coe, 80, of Sturgis, South Dakota, passed away on November 12, 2019, surrounded by loved ones at the Lippold Hospice Suite at Sturgis Regional Hospital in Sturgis.

Janet has always been a hard worker from a young age, working on the ranch near Aladdin, Wyoming, with her mother and sister. Later on, she worked for various government agencies and eventually for the postal service, where she retired as postmaster in 1991. After her retirement, Janet continued to work as a bank teller in Sturgis and in most recent years, she volunteered many hours at the Senior Center thrift store in downtown Sturgis.

Besides her work ethic, Janet “Gramma Coe” will be remembered for her contagious smile and full-hearted laugh, always dressed up, hair done and lipstick on.

She will be remembered for her chocolate chip cookies, popcorn balls, fudge, cheesecake, French toast, her special graham cracker cookies with frosting and a block of melted butter on top of everything! She will be remembered for her avid book reading, playing the piano and accordion, her beautiful flowers and plants, thrift shopping, letter writing and never forgetting to send a birthday card.

She may have called you “sis” or “honey” and always had a cup of coffee and cream to offer! Family and friends all agree she was admirable, strong, independent and touched the lives of everyone that had the pleasure of knowing her. 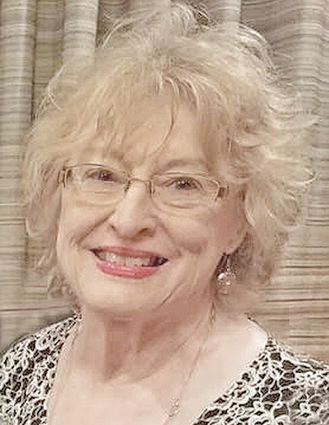