Jerry Pridgeon, 88, of Gillette, WY passed away peacefully on Sunday, November 3, 2019 at Legacy Living and Rehabilitation Center in Gillette, WY. There will be no services held at this time. A celebration of life will be scheduled at a later date.

Jerry was born on December 22, 1930 to Hank and Maxine Pridgeon in Newcastle, WY. He attended elementary school in Sundance before moving back to Upton and graduating from high school there.

He was an avid sportster and participated at a high level in basketball, football and track. After high school, Jerry attended one year in Chicago attending classes at Coyne College.

He returned home after a year to help out his family. He worked in Upton on HVAC units and installing electric service for homes obtaining REA service.

Jerry married his high school sweetheart, Dorcas McKean, in 1950 and they made their home in Upton until 1956. Jerry became a commercial building superintendent and spent his adult life traveling throughout the south and southwest, supervising various commercial construction buildings before settling in Beulah, WY in 1963 and continuing to work as a top notch construction superintendent in the State of Wyoming.

In 1973, the family of eight relocated to Gillette, WY. They purchased a parcel of land with his son at Rozet, WY and were planning to move there when Dorcas passed away on December 27, 1979. Their spare time was always spent camping throughout Wyoming and South Dakota.

In 1981, Jerry married Rosetta Burleson and now had six children and four step-children. The couple spent their time together at Rozet and running the restaurant Rosetta had started years before until they semi-retired and moved to Lake Meade, NV and later Arizona.

There, they enjoyed the warm weather while boating and fishing and camping. After several years, they returned to Wyoming to be closer to family.

During this time, he was able to go to Alaska fishing with his step-daughter, Kenda. Also, Jerry’s son, Jim, was stationed in Italy at the time, and he provided his dad the opportunity to travel to Italy and spend time there with his son.

Jerry was an avid outdoorsman and spent his entire life camping, backpacking, hunting and fishing. Many hours were spent by the campfire, talking of the big trophy or the one that got away. 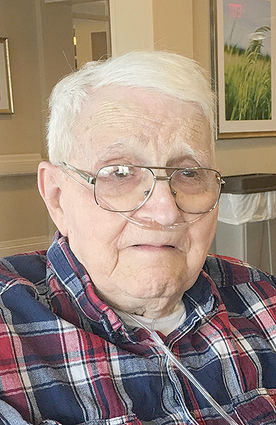 With waders on, standing in the north fork of the Shoshone River, you would always see a big smile and hear the loud laughter as he pulled in a large cutthroat trout. Or you would hear a yell from the top of the grand canyon of Sand Creek that he bagged his elk or deer. He had a large family and loved them to be near as much as they could.

He was preceded in death by his wife, Dorcas; his wife, Rosetta; his sister, Barbara; his sister-in-law, Beverly; and his stepdaughter, Neva.