Josie Ewing, 85 of Spearfish, South Dakota, passed away on August 21, 2019, at Garden Hills Assisted Living Center in the care of Hospice.

Josephine Mayme Frank was born April 16, 1934 to Joe and Myrtle (Hutchins) Frank in Sundance, Wyoming. She was raised on a ranch near Sundance; when they moved into town she helped at the family store and gas station. Josie graduated from Sundance High School.

Josie married Eugene A. Ewing on October 18, 1953 and they lived on the Campstool Ranch at the base of Devils Tower in Wyoming. They were blessed to have two fine sons, who loved growing up in the shadow of Devils Tower.

Josie loved to garden and cooked many delicious meals for her family, the ranch hands and neighbors. The bounty of her garden was shared with family and friends.

She was an excellent cook and rarely used a recipe. Her caramel rolls and baked goods were outstanding. Many can recall the tasty chocolate cakes, chocolate chip cookies and numerous Christmas platters filled with treats, which she distributed to family and friends. She worked at the Devils Tower Store over the years and enjoyed being a homemaker, wife and mother.

The family moved to Spearfish in 1967 and Josie was a long-time employee of Bell’s Market. She worked at Office Tech prior to retirement.

They remember her for always having a gift or treat for them and playing at her house, which included making mud pies, playing in the tree fort and playing beauty shop. Josie used playing beauty shop time to relax a minute in the chair, while her hair was combed and styled. She woke in a fright one time when she heard the scissors snip.

Josie made many felt Christmas decorations, especially Christmas stockings for her family. When visitors or family were present, Josie was always ready for a competitive game of Yahtzee, her favorite game.

She worked for many years at the Passion Play in Spearfish and was an active member of Our Saviors Lutheran Church, putting together bulletins and helping with their festivals. She was also a member of the Queen City Chapter Order of Eastern Star, where she held several offices. 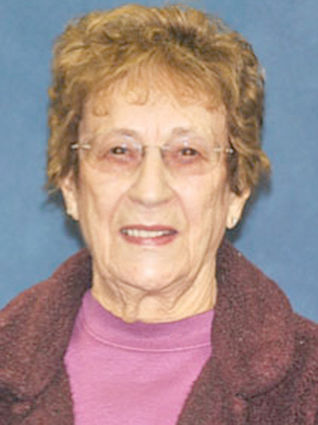