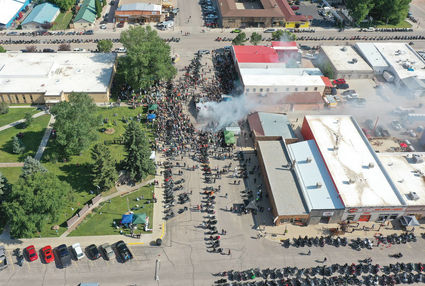 Rally Week was relatively calm this year, with few arrests, no fatalities and a generally cheerful atmosphere throughout the county. The official traffic count is not yet in, but Lieutenant Tim Boumeester of Wyoming Highway Patrol is not expecting the numbers to be high.

“From past experience and working the rally for numerous years, it did not appear to be as busy as years past,” he says.

Between August 2 and 11, Crook and Weston Counties saw 16 crashes.

“Thirteen of them were in Crook County,” he says. “We did not have any fatalities.”