Beverly was born on June 11, 1937, in Yelm, Washington to Jaqueline Finch. She spent her childhood in Yelm with her grandparents, Eugene and Emma (Svoboda) Wooten along with her aunt and uncle Eunice and George Coulter and their children.

At the age of 11, Beverly came to live in Hulett, Wyoming, with her mother and stepfather, Clint Holmes and his daughter Linda. Beverly married Byron Bush of Hulett in 1955 and to this union two sons were born, Rodney Byron and Billy Dale. Rodney tragically passed away in 1957 at 20 months, but joy returned in 1958 with the birth of Billy Dale.

Byron and Beverly later divorced, and Beverly met her lifelong love and partner, Walter Stagemeyer from Sundance. She and Walter, together with Billy Dale, started their new life in Sundance and their family grew with the addition of daughters Trudy and Toby.

Beverly loved her family and raised them with faith and strong values. She was an excellent seamstress, making her family clothes and even the bridesmaid’s gowns for her two daughter’s weddings.

She and Walter were blessed to be able to help care for their grandchildren, again with faith – “God will get you for that” – and strong values. Bev and Walt were outdoors people with camping trips and the fondest ones were the week-long treks to the Big Horns hiking in the Wilderness area. We all remember learning the Lord’s Prayer, which was her favorite, on one of those early trips.

Bev loved animals, especially birds, with many doves in a large indoor/outdoor pen in her yard for many years. Bev and Walt were always there for her children and grandchildren, and family camping trips were treasured. Bev and Walt were able to spend a couple of months a year in Arizona traveling around with their dog and cat, along with a six-week camping caravan to Alaska with friends (John and Shirley Long) which was a dream accomplished.

Beverly was preceded in death by her husband, Walter; son, Rodney; mother and step-father, Jaqueline Holmes and Clinton Holmes; father and mother in law, Charles and Dorothy Stagemeyer; and beloved grandmother and grandfather, Emma and Eugene Wooten.

Services will be held a later date, with a memorial established to Crook County Senior Services. 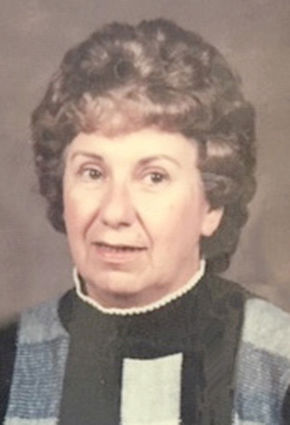