Patricia Ann Smith Boone was born in Deadwood, South Dakota, on March 30, 1930, to parents, Earl Smith and Ann Josephine Milek Smith. She was raised in Belle Fourche, South Dakota, with her brother, Bill and her sisters, Ruth, Marty and Peggy. She graduated from Belle Fourche High School where she was active in band. She also worked at the Belle Movie Theatre.

Pat met Daniel M. Boone while working at Northwestern Bell. They married in 1950. She continued working for Northwestern Bell intermittently as well as several other part-time jobs while raising their seven children. She had a strong faith in God and family; she attended church at St. Paul's and all of the children were baptized in the Catholic faith. She was an avid bowler, loved knitting and made many blankets for people throughout the years, and enjoyed winning family card games. 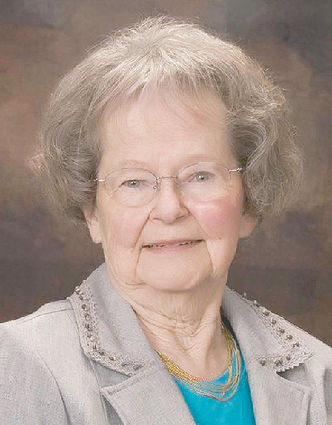 Pat and Dan moved the family to Council Bluffs, Iowa, in 1973. Upon Dan's retirement from his position with the Communication Workers of America in 1988, they raised buffalo in Aladdin, Wyoming, on their ranch where they built their home from the ground-up with their own hands and with the help of family and friends. They enjoyed the annual hog roast. Upon Dan's passing in 2001, Pat moved to Great Falls, Montana. She returned to the Black Hills of South Dakota in 2016.

She was preceded in death by an infant son; her husband, Daniel; daughter, Jeri Bartels and daughter-in-law, Lauri Boone.

Memorial services will be held at 1 p.m. on Saturday, June 29, 2019, at Fidler-Isburg Funeral Chapel in Spearfish.