Betty Marilyn Cundy joined her everlasting Father on March 19, 2019, at the age of 82 years. Betty was born on May 28, 1936 at Sundance, Crook County, Wyoming as the daughter of James Burney and Enid Alice (Wilson) Frisbee.

Betty joined an older sister, Gladys Irene, and these two were to be joined later by two younger brothers, Harry M. and James B. As a child, Betty and her siblings were raised on the family ranch in New Haven, Wyoming.

Gladys and she were later to attend high school in Sundance, where her mother and the four children were to reside during the academic school year. Betty graduated from Sundance High School in May 1954.

During the spring of 1954, Betty was introduced in Sundance to Walter Henry "Walt" Cundy, who had just returned from service in the United States Navy. Betty and Walt hit it off and decided to get married on September 5, 1954, in Hulett, Wyoming. To this union two boys were born, Loren Jay, born in 1958 in Casper and Wayne Dale, born in 1960, also in Casper.

Walt Cundy was employed in various jobs during the early years of their marriage. Most of the time during these early years Walt and Betty were to live in various Wyoming communities. However, they lived briefly in Washington State since this is where Walt had been stationed at times during his Navy service.

Walt was to make his long-term occupation as a mechanic. Betty and the children followed him in pursuing this endeavor. The family was to follow various road construction projects during the building of the interstate highway system in both Wyoming and South Dakota. Walt worked for Asbell Brothers Construction Company and primarily Big Horn Construction Company, an affiliate of Peter Kiewet Son's Company.

Betty and Walt and family were to return to the Frisbee family ranch in the winter of 1967-1968 upon the death of their brother-in-law, Willis Clark. They pursued the ranching side of things for about five years until, as a family, they decided this was not for them.

They then moved to Sheridan, Wyoming, where Walt was once again employed as a mechanic. This time Walt was the master mechanic of the Big Horn Construction Company Sheridan District Office and Yard.

In 1974, the family was living in Spearfish, South Dakota, where Walt was still employed by Big Horn Construction Company. In 1975, Walt and Betty and family moved to Gillette, Wyoming, which came to be one of the Wyoming cities that they lived in the longest. While living in Gillette, Walt was part of Cundy Asphalt and Paving for several years.

In Gillette, both of Walt and Betty Cundy's boys were to marry – Loren Jay married Connie Joe Shobe and Wayne Dale married Carol Ann Thallas. These two sons moved to Winnemucca, Nevada and Walt and Betty were soon to follow by moving to first Las Vegas, Nevada and then Reno, Nevada.

By 1986, they were also located in Winnemucca, where Walt was employed as maintenance superintendent for Hycroft Resources, an open-cut goldmine company. They were to leave Winnemucca to re-locate in Mesa, Arizona.

They were to live here for the winter months and then to re-locate to either Craig, Colorado, Bar Nunn, Wyoming or Hulett, Wyoming for the summer months.

In 1996, Walt and Betty were to buy the Antelope Run Campground which they ran for about seven years. Betty was the financial management of the pair and Walt did all upkeep and maintenance. While doing this, they lived in a motor home in which they were to soon travel to most of the United States.

Betty was a member of the Buttons and Bows Homemakers Club while in New Haven, Wyoming; she was also in the Order of the Eastern Star at this time. Betty was an excellent seamstress and could almost make anything she wanted or what she wanted others to have.

In October 2014, Betty and Walt became residents of the Crook County Medical Service Long Term Care facility in Sundance, Wyoming. On the afternoon of Tuesday, March 19, 2019, Betty passed away peacefully here where she and Walt resided. 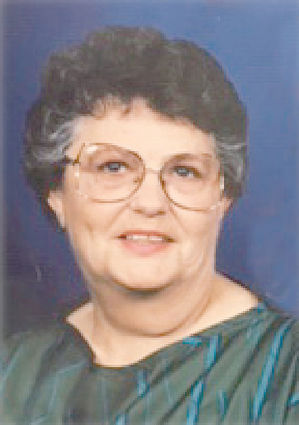 Memorial services for Betty will be held at 1 p.m. on Saturday, June 1, 2019, at the Episcopal Church of the Good Shepherd in Sundance. Burial will follow at the Green Mountain Cemetery in Sundance.

Funeral arrangements are under the care of Fidler-Roberts & Isburg Funeral Chapel of Sundance. On-line condolences may be written at http://www.fidler-isburgfuneralchapels.com