Signs of flooding across county 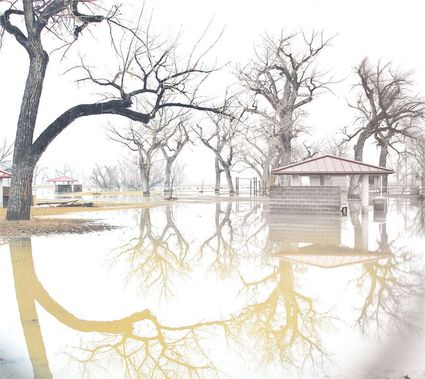 The rest area in Moorcroft was almost completely underwater as the week began.

Though officials had been bracing themselves to face flooding across Crook County, so far Mother Nature has been kind. The March 13 snowstorm brought extra moisture to the region and was followed by several warm days, prompting concern that the sudden melt would cause creeks to top their banks and roads to wash out.

At present, many county waterways are running high or beginning to escape their banks. Hulett Clerk Melissa Bears reported on Monday morning that the Belle Fourche had overflowed in town.

Despite the abundance of water, few roads are showing signs of flooding, though residents s...