He was born Sunday, November 18, 1928, at Hot Springs, South Dakota, the sixth of seven children born to Vernie O. and Mame K. (Thompson) Gose. They lived on the family ranch south of Upton.

He attended country school and Upton schools. Bruce lettered in basketball and football, graduating in 1946. He also always claimed to graduate from the school of hard knocks.

He was a Keeline cowboy for a season after high school. He would tell about trailing cattle from Sheridan to Keeline Ranch west of Lusk.

Bruce worked for several ranches before working for True Oil Company near Clareton and then in Moorcroft where he was the field foreman at Donkey Creek. After Vernie and Mame passed away, Bruce and Marilyn moved to the family ranch north of Upton where he ranched the remainder of his working years.

In the 1950s, Bruce was quite active in the Upton Gun Club. Bruce was also an Endowment Life Member of NRA.

He was a Boy Scout Troop Master in Moorcroft. When they moved to the ranch, he was a 4-H leader.

Bruce was Associate Guardian of Job's Daughters in Upton. He was Worthy Patron of Upton Chapter #28 of Eastern Star with Marilyn as Worthy Matron. In 1970, Bruce was Master of the Upton Masonic Lodge #38. He was a member of the Kalif Shrine Temple and Blue Shrine for several years.

After Marilyn passed away in 1988, he pretty much backed out of most public involvements. Most recently, he was appointed President of the Residents' Council at Long Term Care in Sundance. 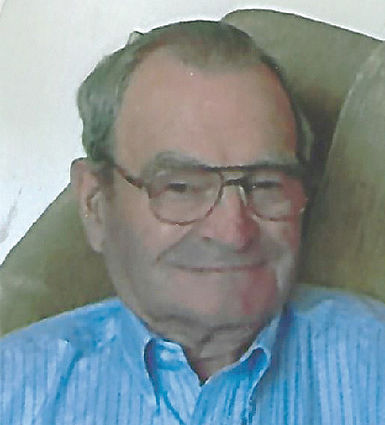