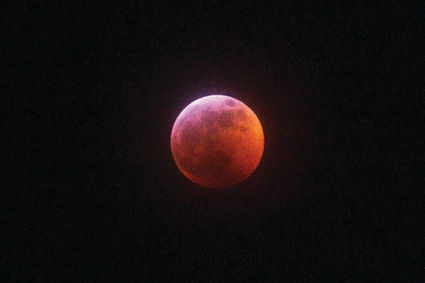 Rare lunar phenomena often come with long and detailed nomenclature, and Sunday night’s super blood wolf moon certainly fell into that category. Appearing in the skies over Crook County in the late evening, the extremely rare event turned the familiar sight of the moon passing overhead into something a little more dramatic.

The super blood wolf moon was a total lunar eclipse, named a “blood” moon thanks to the way in which sunlight passed through the atmosphere of the Earth. Though the eclipse blocked any light from the Sun from reaching the moon, because the Earth passed exactly between the Sun and moon, the refracted light was enough to illuminate it in an unusual shade of red.

While that explains the “blood” portion of the name, the “super” part comes from the fact that the moon was near its closest approach to Earth, so it appeared slightly bigger than normal. A “wolf” moon is the name given to a full moon appearing in the month of January, thought to have been named such by the Maine Farmer’s Almanac in the 1930s.

The super blood wolf moon was visible in many parts of the world, including North and South America, Europe and western Africa. Beginning at around 9:41 p.m. over Wyoming, totality lasted for just over an hour