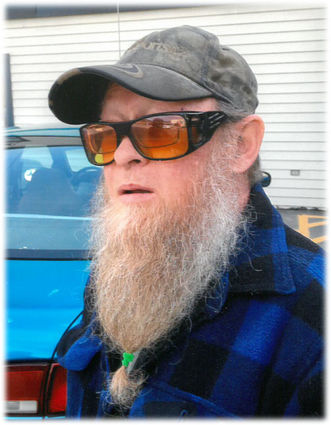 He was born at St. Joseph's Hospital in Deadwood, South Dakota, on February 22, 1960, smallest of the twins to Curtis K. Schweitzer and Beverly B. (Harris) Schweitzer. He lived in Lead and went to the schools in the area.

Jerry was a machine mechanic at the bowling alleys in Pluma, Lead and Huron. He loved to fish and tell stories and bowl.

He is survived by his mom, Bev Darland; his sisters, Debbie Schweitzer of Kearney, Nebraska, Kay (Russ) Webster of Custer, South Dakota, Tammy (Rusty) Burton Beherns; his twin brother, Jim, of Wessington, South Dakota; his brothers, Donnie of Sioux Falls, South Dakota and Jason of Spearfish, South Dakota; special friends, Kim and Irene; and numerous nieces and nephews. He was preceded in death by his

dad, Curtis; step-dad, Gary Darland; and grandparents on both sides.

Memorial services were Saturday, January 5, 2019, at the Lead-Deadwood Memorial Chapel in Lead with Pastor Karl Kroger officiating. Luncheon followed at the VFW in Deadwood.