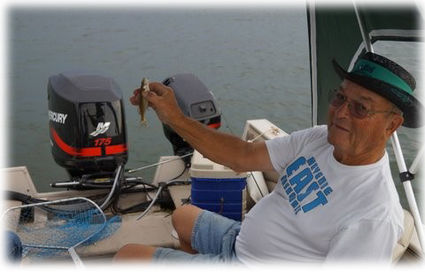 Donald Dewey Sipe passed away on January 1, 2019, at his home in Spearfish, South Dakota.

Donald was born November 19, 1931 to Dewey Sampson and Estrid Nancy (Frojd) Sipe in Sundance, Wyoming. He spent his early years growing up in sawmill camps in Northeast Wyoming in the Bear Lodge.

Donald also attended school in Spearfish. In 1949 he joined the South Dakota Army National Guard. His unit was activated in September 1950 to serve in the Korean War. He was stationed in Camp Carson, Colorado, and spent two months in Fort Sam Houston for school in 1951.

Orders were received to transfer the company to Fort Richardson, Alaska, where he served until his honorable discharge in 1952 when he returned to Spearfish and worked for Brodsky Packing Company. He married Shirley Ann Banning on June 3, 1955, in Spearfish. Two children were born of this union, Darrel Donald and Cheryl Sue.

In 1959, Donald began working for Montana-Dakota Utilities. At the time of his retirement in 1995, he was District Manager of the Northern Black Hills, which included the responsibility of the natural gas distribution systems in Spearfish, Lead, Deadwood, Belle Fourche and Sturgis.

Donald was also active in community affairs. He served on the Spearfish City Council, the Lookout Memorial Hospital Board and the Economic Development Board. He was also active in the American Legion and Lions Club International.

Donald is survived by his children, Darrel Sipe and Cheryl Sipe, both of Aurora, Colorado; daughter-in-law, Terri Meyer Sipe; grandchildren, Meghan Klobucar and Jacob Sipe; and sister, Phyllis Laverne (Sipe) Harvey. He is also survived by numerous nieces and nephews. He is preceded in death by his wife Shirley; his parents; and sister, Viola Mae (Sipe) Shaw.

Donald has asked that there not be a funeral. A Celebration of Life will be held at a later date. Interment will be at the Rose Garden at Rose Hill Cemetery. Condolences may be sent to: The Sipe Family, 2403 5th Avenue, Spearfish, SD 57783.

A memorial has been established for the Spearfish Veterans Memorial.

Arrangements are under the care of Fidler-Isburg Funeral Chapels and Crematory Service of Spearfish. Online condolences may be written at http://www.fidler-isburgfuneralchapels.com