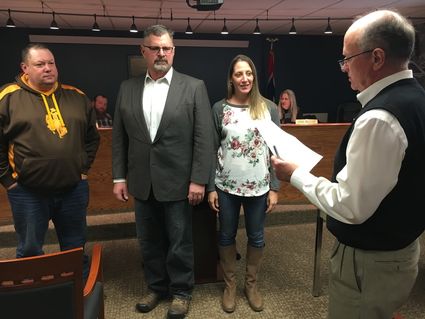 The Sundance City Council began the year with an open seat to fill, which was achieved through a council appointment. After Callie Hilty was selected for the position, she was sworn in to serve the first regular meeting of her term.

The council also approved additional appointments for the year, including Brad Marchant as mayor pro tempore Marchant is the senior councilman in 2019, said Mayor Paul Brooks.

The city's department heads were all reappointed: Kat...