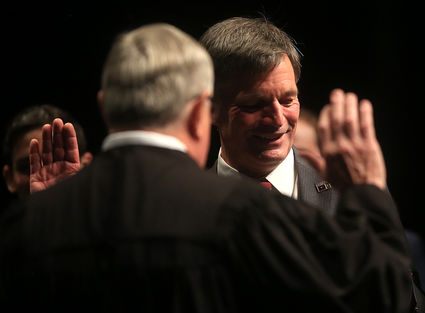 The newly minted chief executive used his inaugural address at the Cheyenne Civic Center to both praise his home state and outline his vision for it under his leadership.

Speaking behind a surprise gift made by his son, Spencer Young, a handmade wooden podium with artwork of the Capitol done by childhood friend Jim Clayton, Gordon focused on the potential of Wyoming and its people. But he also outlined many of the issues facing the state, including the need to diversify...