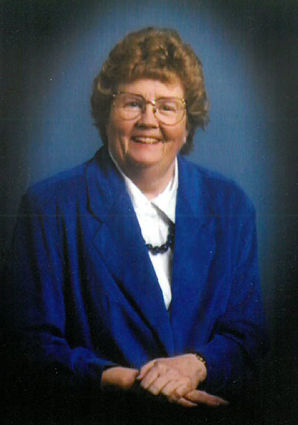 Mary was born in Oshkosh, Wisconsin, on June 14, 1932, to Carl E. and Ruth Storms Steiger. She graduated from Ferry Hall in 1950, Pine Manor Junior College in 1952, the University of Wisconsin in 1954 and her greatest accomplishment was graduating from the University of Wyoming with her Juris Doctor in 1987.

She was married to Neal A. Garman August 5, 1955. To this union four children were born; they later divorced.

Mary opened a private law practice in Sundance in 1988 and retired in 2004. Mary was very involved in the history of Crook County, writing a booklet on the Sundance Kid and known as a resource for local facts.

She served as Justice of the Peace from 1978-1981 and City Judge for Sundance, Moorcroft and Upton, as well as being very active in the Republican Party and serving on many county and state boards and commissions. Mary had many hobbies including reading, traveling, gardening and a deep love for dogs and horses. Her greatest pride was her children and grandchildren.

Mary was preceded in death by her parents; brothers, Donald Steiger and William Steiger; sisters, Connie Dempsey and Ann Haberstroh.

A celebration of her life will be held Saturday, January 19, 2019 at 1 p.m. at the Crook County School District Administration Building (old Elementary Gym) in Sundance.

A memorial has been established to the Crook County Historical Society.