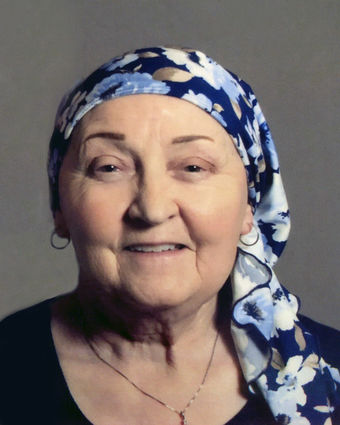 Judy was a member of the Episcopal Church, Jobs Daughters and Eastern Star. On the ranch, she spent most of her time riding her horse, Sandy, working cattle and sheep with her father and being with her family.

She met Bill in 1968 while showing her steer in 4H at the Crook County Fair in Sundance. Bill, from Pennsylvania, was in the Air Force assigned to Sundance Air Force Station.

He acquired an immediate love for Judy, horses and western life. They were married a year later in 1969 in Sundance.

Two months later, however, they headed for his next assignment in Dayton, Ohio. Judy went from a ranch girl in Wyoming to a city girl in two short months. By virtue of Bill's work, she had the blessing to live in Wyoming, Ohio, Colorado, Pennsylvania and Idaho during her lifetime.

Judy and Bill had a wonderful life together having desires for the same activities. They were married for 49 years.

They were both Christians, having been lost but now found (Amazing Grace) with a life in Jesus Christ. She and Bill were members of First Presbyterian Church of Idaho Falls.

Judy served faithfully in the youth program and the food basket program. She always wanted to help those in need.

Her main activities were hiking and biking. She and Bill once rode their tandem bicycle 230 miles in two days. They all hiked up Table Mountain a number of times. She loved the wild flowers and also enjoyed gardening at home.

Later, as the children grew up and left home, Judy and Bill's activities switched to dogs. Judy loved her Australian Shepherd, Max. They served others through visiting hospitals and homes to provide therapy to those in need. Part of Judy died when 12-year old Max died in October 2018.

Judy was preceded in death by her father, Straitor Clark, and daughter, Elizabeth, who died during childbirth.

There will be a Celebration of Life at 1 p.m. Friday, December 7, 2018, at First Presbyterian Church, 325 Elm Street. A Memorial Service will be held at Good Shepherd Episcopal Church in Sundance in the spring. Judy and Bill have a headstone at New Sweden Cemetery in Idaho Falls.

In lieu of flowers, the family suggests donations to The Haven, The Idaho Rescue Mission, or Promise Ridge. Condolences may be sent to the family online at http://www.woodfuneralhome.com.